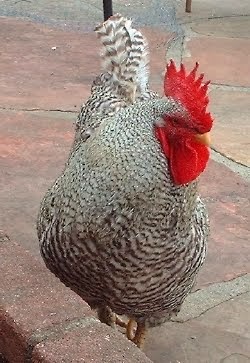 So we've stocked up on people and animal supplies, now just to go into near-100% hermit mode. I've traded in my perfume for the oh-so-alluring scent of Lysol and Comet. Sanitized is the new sexy!

This coming Saturday I'll set eggs in the ReptiPro incubator for a planned hatch date of April 11th--because if ever the world needed Chickam, it's this year, dammit. We'll be hatching all eggs from our own flock, although I'm hoping to get a few buff Brahma eggs from a neighbor...fingers crossed!

Although given what our girls are offering us these days... 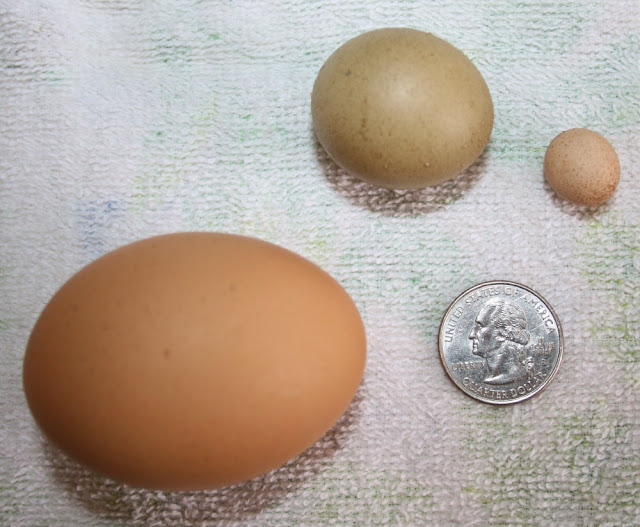 Strange days, indeed.
Rafe, my youngster Russian Orloff rooster, found the tiny egg out in the chicken yard, he called the kid over and drew her attention to it by clucking at it in a most concerned way. I'm just glad Rafe is finally getting his rooster thing goin', he was a slow starter.

We were going to run the camera on the adult flock last weekend--I had a cabbage on a string all ready to go--but the weather ruined things. We'll try again this coming weekend, because...yeah, the world needs some chicken-y distraction these days.

Meanwhile, we had about two weeks of lovely warmish spring weather, which fooled my plum tree into blooming--something it hasn't done during the last three years. Then this weekend we had a sudden, three-day snow/wind storm. 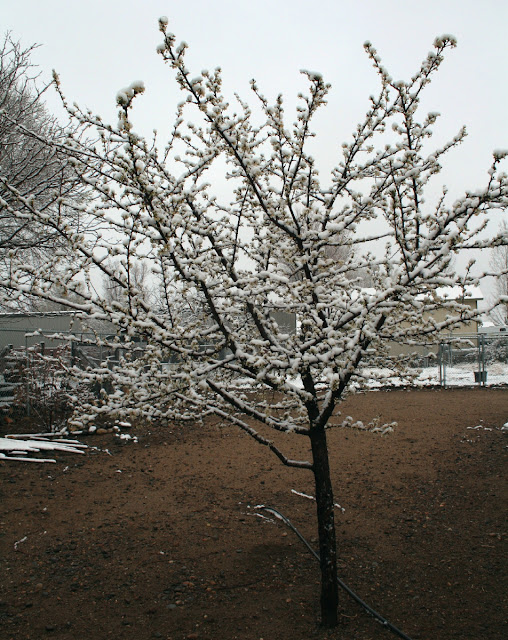 Yup. Snow on the blossoms. The ones the wind didn't just rip off the tree, that is. 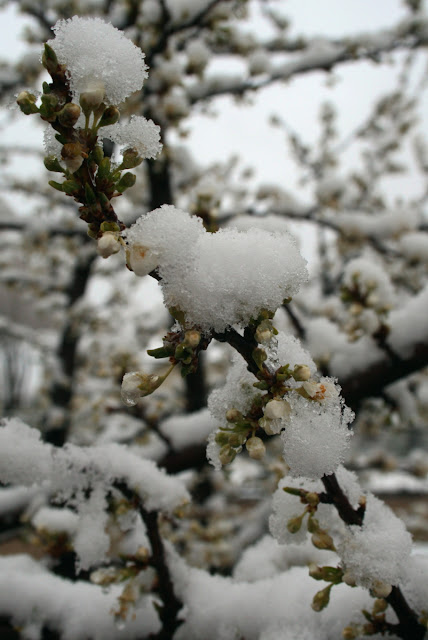 Yeah...I didn't actually tear my hair out,but there was much grumbling as I stared out the window at the storm lashing my tree around. 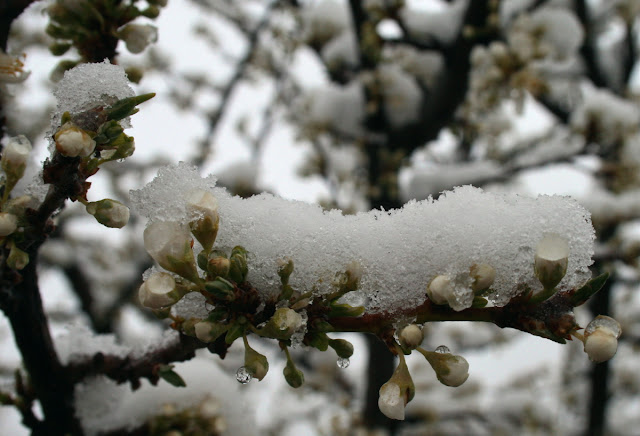 We'll see if it fruits this year. This particular variety is a self-pollinator, and I had gone out with my dry paintbrush to play pollinator the day before the storm hit; since I have yet to see a bee or wasp so far. 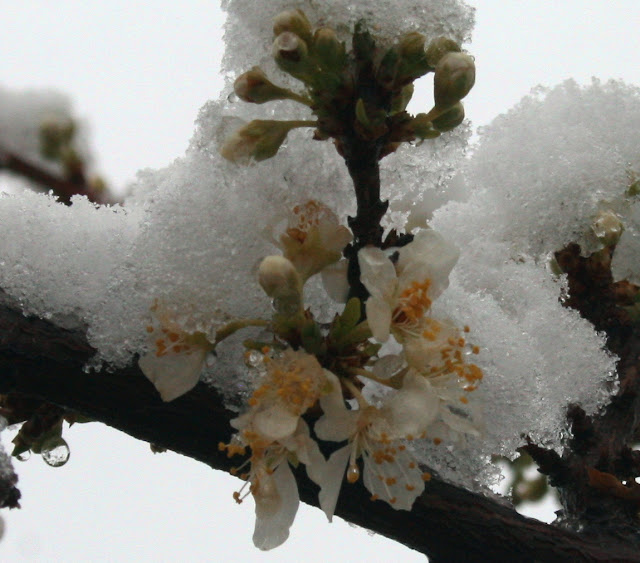 The water drops do look pretty, though, I'll give it that.

Lastly, the Northern Lights afghan I was making is basically done! 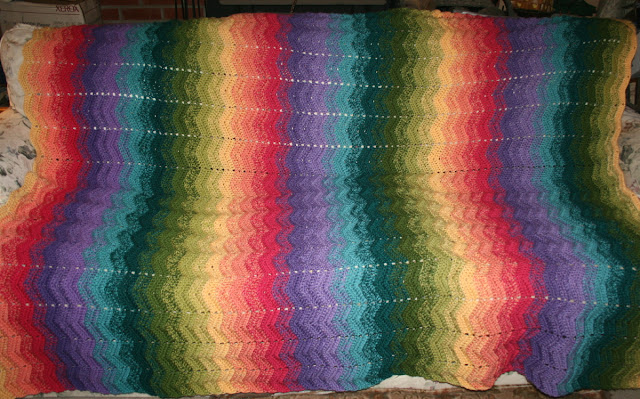 Okay, so I got a little carried away on expanding the size of it, it's roughly 71 x 52. I also used a basic ripple pattern rather than the one that came with the kit, and plan on edging the long side edges with a single row of a simple shell pattern, just to give the edges a finished look.

Since I made it bigger, I ran short of yarn and had to order more, but I wanted an afghan that was both wide enough and long enough, dang it! Nothing's worse than trying to grab a couch nap and having to fuss with positioning an afghan so your toes don't stick out.

Anyway, that sucker's warm.
Posted by Jack's Henhouse at 4:01 PM

Email ThisBlogThis!Share to TwitterShare to FacebookShare to Pinterest
Labels: A Day In The Life, Afghan, Chickam, Snow, Spring, Weird, What IS That?!, Yarn

Hello! Please feel free to leave me a comment! 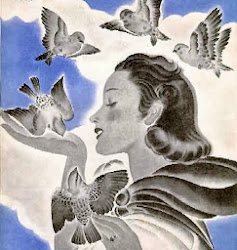